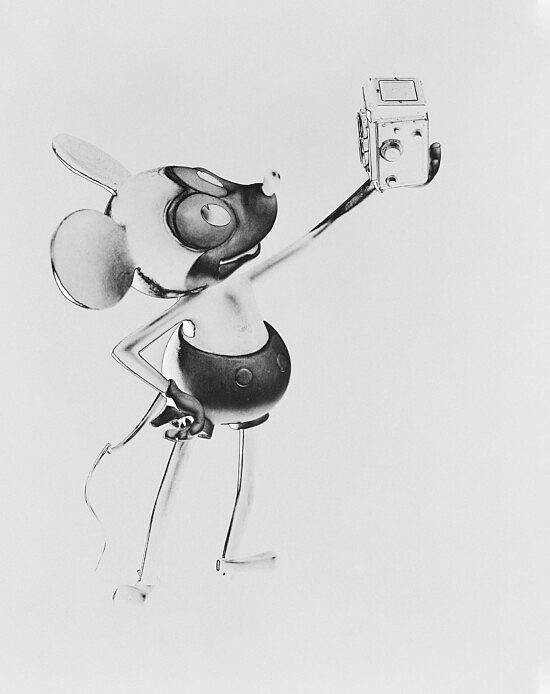 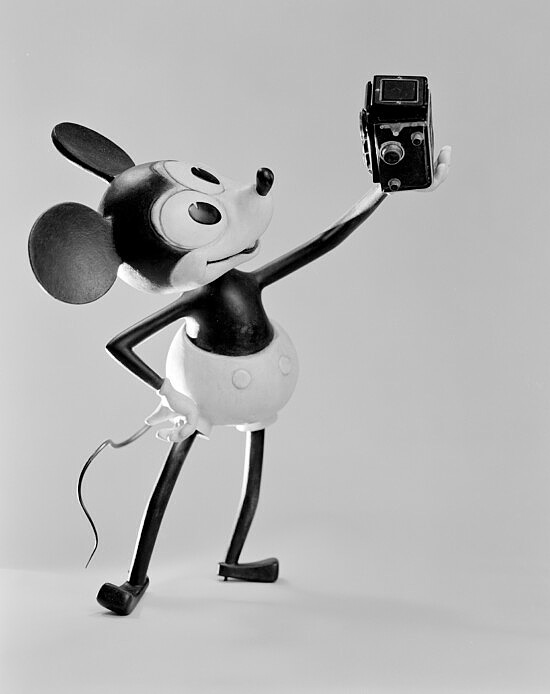 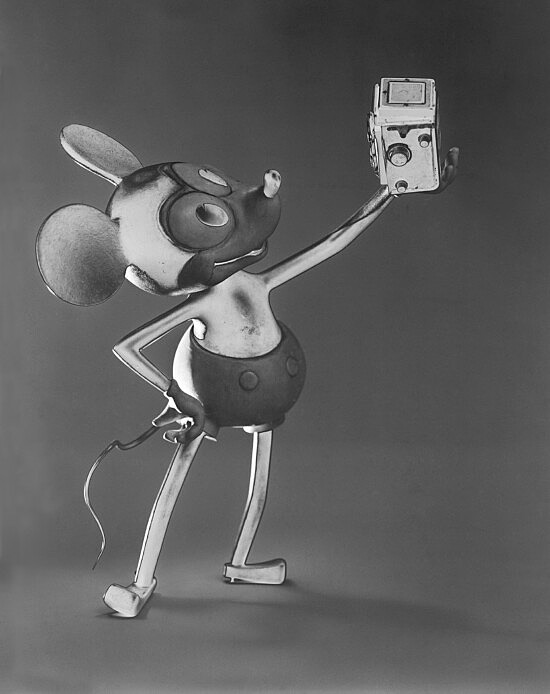 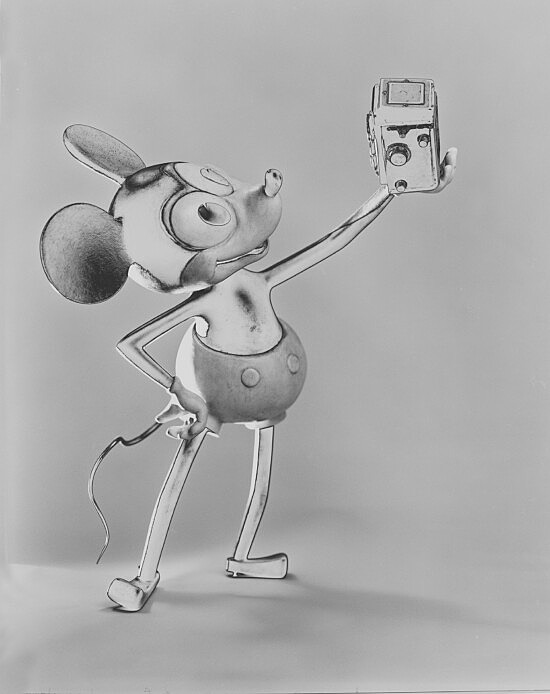 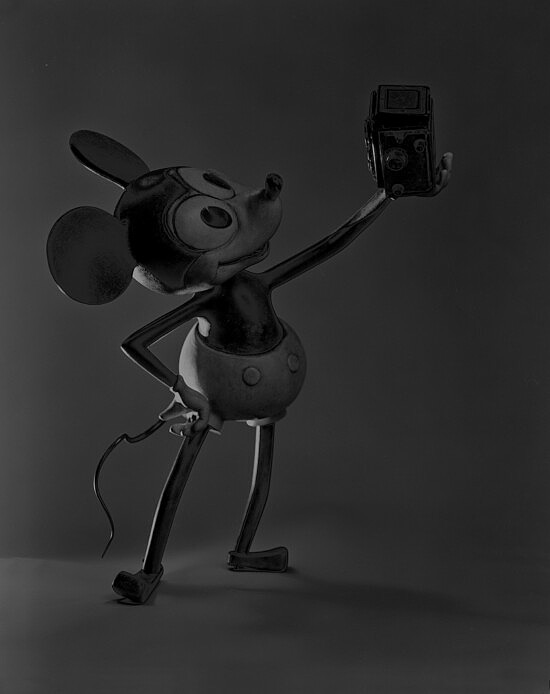 For the occasion, we decided to create a Mickey, based on the original model from the 1930s, taking a selfie with a Rolleiflex. The serie was shot in film, with a with a large format camera. The films were insolated during the development process, adopting the principle of solarization that Man Ray used and which shamelessly broke the golden rule of darkroom photography at the time.

4 versions of this Mickey are available;
One developed without special treatment.
Two versions with the original technique of insolation.
We will also produce a version of the image insolated digitally, in order to parallel the techniques of yesterday and today. 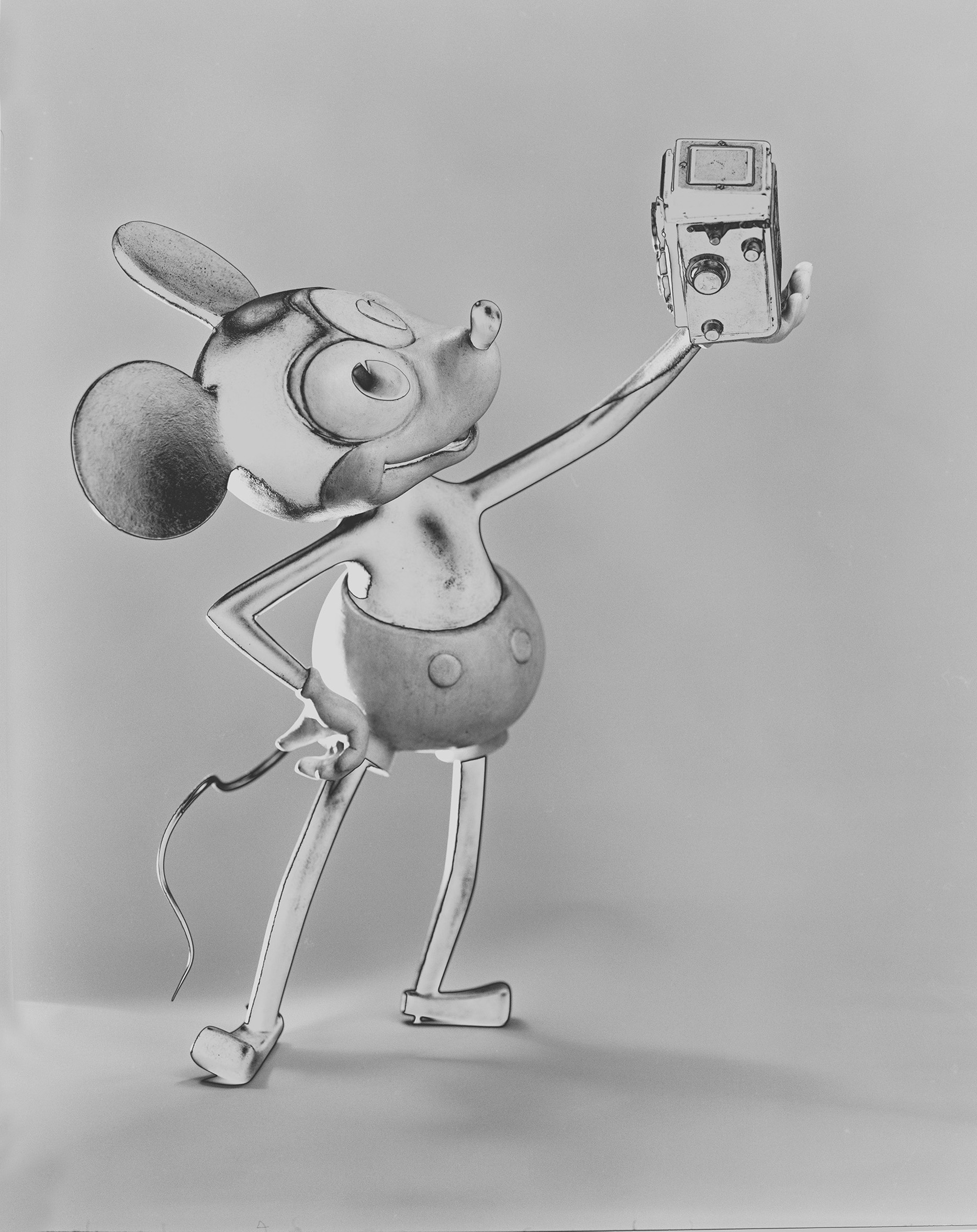